Why GDP Needs to Flatline If We Are Going to Survive Climate Change (Hint: Einstein’s theory applies)

Our fixation on GDP has been a disaster!

They say the two things you can count on in life are death and taxes. But for decades, the third constant in our lives has been growth – economic growth.

Since 1944, economics has been focused on a singular measure of success: GDP. But take a look around. It’s 2020! Our fixation on GDP has brought us to 100 seconds to midnight on the doomsday clock my friends! Something can’t be right here.

If GDP is the end-all and be-all of our global economy, then why is it failing to deliver the necessities of life to millions world wide while simultaneously destroying our air, water, forests and biodiversity on which we all depend?

GDP, or Gross Domestic Product, is a measure of economic performance. It looks at how many products were made and what the value of those products is, country by country around the world. It is used as an index of how well a country is performing because it relates to jobs, which in turn relates to the flow of goods and services (and ultimate cash and profit). The stated goal is to maximize GDP, which ultimately means maximizing profit.

For a more indepth look at GDP, here’s a link to a related post:

Why is economic growth a climate change issue?

Constant growth is simply unnatural in the biological world. Although there are definitely species that demonstrate exponential growth curves, those same species are characterized by boom and bust dynamics where they rapidly grow, use up all their resources, and then crash into oblivion until the next growth wave occurs. Think of the spread of a virus, the rapid growth of yeast, or red tide algae blooms as good examples.

Or think no harder than your childhood, if you ever raised a goldfish in a bowl. Helen Palmer (aka Mrs. Dr. Seuss) lays it out in the 1961 classic A Fish Out of Water:

What happens when the boy Otto overfeeds his goldfish? It grows and grows, and outgrows all of its containers. Understanding why GDP is a bad thing is not rocket science. Like the goldfish, if we continue to grow and grow, we will out-grow our container on planet earth! Except unlike in the world of Dr. Seuss, there is no one who can right-size us back in a hurry and let us start over.

This is why Einstein’s theory applies

No not relativity – but Einstein’s definition of insanity:

We cannot continue to use the GDP model of economics – of constant growth and resource use that is blind to the human and environmental degradation it causes – to “out-grow” climate change.

Constant growth, and constant demand for more resources (bigger-better-faster-more), has led us here. Tinkering with GDP will not solve climate change either.

We need a new model, one that is inclusive of the human and ecological elements involved in our daily doings.

Doughnut Economics is the alternative to GDP

Lucky for all of us, some wonderful minds have long since paved the way for the change in economics that we need. If you read nothing else in 2020, then read Doughnut Economics by Kate Raworth.

Kate provides the background you need to understand the rise of the GDP focus and how it has shaped our world. But she also lays out the alternative: a world where human well-being forms a social foundation on which we can stand and the ceiling we need to stay under is framed by the ecological limits of the planet. As she puts it:

“Ecological degradation is simply the result of degradative industrial design”

We are in this mess because we allowed our markets and productivity to be driven only by the paradigm of maximum growth. We can, however, change that paradigm. Instead of focusing on efficiency – which is needed to maximize growth and shareholder profit – we can focus on resilience – which depends on diversity and redundancy to ensure we neither fall through the floor, nor break through the ceiling of human and ecological concerns.

“Efficiency occurs when a system streamlines and simplifies its resources to achieve its aims, say by channelling resources directly between the larger nodes. Resilience, however, depends upon diversity and redundancy in the network, which means there are ample alternative connections and options in times of shock or change.”

Nowhere have we become more vulnerable than with the globalization of our food supply. Food is a fundamental human need. When a country can’t feed its people, it is extremely vulnerable to external and political pressures and is more likely to accept further ecological degradation in an attempt to meet those needs.

In the name of GDP and economic growth, we have focused our food and agriculture industry on maximum efficiency in a globalized, cheap oil era. That has lead to the concentration of agriculture business into fewer and fewer corporate hands, and a global food chain that is dangerously vulnerable to climate change disruption because it is efficient (in the name of profits) instead of being resilient (in the name of meeting humanitarian needs).

But small farms are helping to change that dynamic. The local food movement has awakened an awareness that fresh food comes from a place near you, not from across the globe. And luckily we have not sold or traded away all of the agricultural land (at least not yet). Better still, new technology and innovation means the very definition of ‘what agriculture is’ can change too, and includes small-lot farms, backyard production, rooftop gardens, vertical growing and even the creation of shipping container gardens.

Small farms, no matter their size or technology, are a critical part of a resilient food system. The use of regenerative practices for soil, rotational grazing, organics and composting, and retaining biodiversity offers hope of feeding the world with fewer ecological impacts than the industrialized models.

Perhaps most importantly, small farms grow the food near the people who will eat it. In times of crisis, there is at least the chance of having food close by if roads and passages are blocked for long-distance transportation (that can happen easily where I live!).

People are not starving because there is not enough food being grown annually in the world. (Read this: World’s food waste could feed the world). People are starving because our distribution chains are broken, and our focus on profit and first world convenience means thousands of pounds of food goes into the waste bin daily. This is part of the large scale system that has failed us all. It is time to stop doing the same thing over and over expecting the results to be different! It is time to work out a new system and replace the broken one.

We have just as much power to change the global system now as we did when the GDP focus was first created. We are not helpless.

Here on Rose Hill Farm, I am focusing on applying what we know about sustainability to small-scale breeding of plants and animals in an effort to create resiliency.

Plants and animals that we depend on for food are living, breathing beings that need to be shepherded and honed to ensure that we still have food in our emerging new local climate conditions.

The only way that happens is if farmers and land managers focus on the qualities needed to survive climate change. In my area, one of the main concerns is adapting chicken flocks to colder, wetter winters, which means breeding for smaller combs and wattles to reduce frostbite. But also having the heat tolerance to survive longer hotter summers.

Another area of concern is disease resistance. You don’t build disease or parasite resistance by bombarding your flocks with chemical wormers and antibiotics. There have been successful examples of farmers developing resistant strains using selective breeding and careful monitoring. These are the strategies of generations before us that sustained humans for thousands of years, improved with some scientific facts that make it easier than ever to move towards a specific breeding goal.

Join me on a journey of rediscovering what it is like to be resilient. I’ll be sharing what I am learning along the way. Maybe you will find some things you want to try to.

In today’s world, where things are made to be broken, it can be hard to find useful products for your farm or small scale endeavors. Check out my Shop for Products page to find the latest tips and products that have helped me create a successful small farm business. 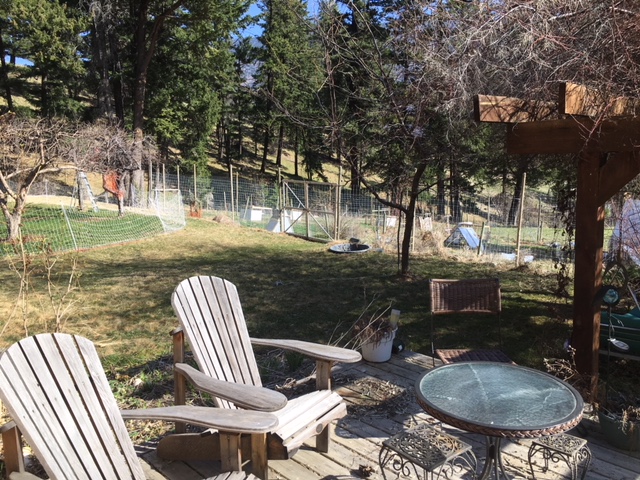